IVUmed returned in person to First Central Hospital of Mongolia with a team of adult reconstructive urologists. Held in the country’s capital of Ulaanbaatar, the 10-day reconstructive urology workshop held April 29-May 8 was hosted by Professor Dagjorv Bayanundur and offered plentiful opportunities for reconstructive urology training for local physicians and medical professionals. This year’s workshop marks the 25th in-person IVU workshop held in the country since 2002.
IVUmed’s team was led by Dr. Michael Metro and included Dr. Laura Douglass, and Dr. Sarah Christianson, from Temple University’s Urology Department in Philadelphia, Pennsylvania. “Hosts have been great and the cases challenging,” said Dr. Metro. “Saved up some doozies after missing the last 2 years.”
IVUmed’s strategy to increase local surgical capacity focuses on consistent in-person instructional workshops every 6-12 months. Because of the pandemic, IVUmed continued training virtually with the Virtual Visiting Professor (VVP) Live Workshops until in-person trips could resume. Four virtual workshops were held in Mongolia last year.

Our Work in Mongolia

One of the least densely populated countries globally with a landmass a little smaller than the size of Alaska, Mongolia is located in Asia between Russia to the north and China to the south. The country’s population is approximately 3 million people including 1 million children. Ulaanbaatar, the capital and largest city, is home to roughly half of the country’s population. Yet, Mongolia has just six pediatric urologists for the whole country. 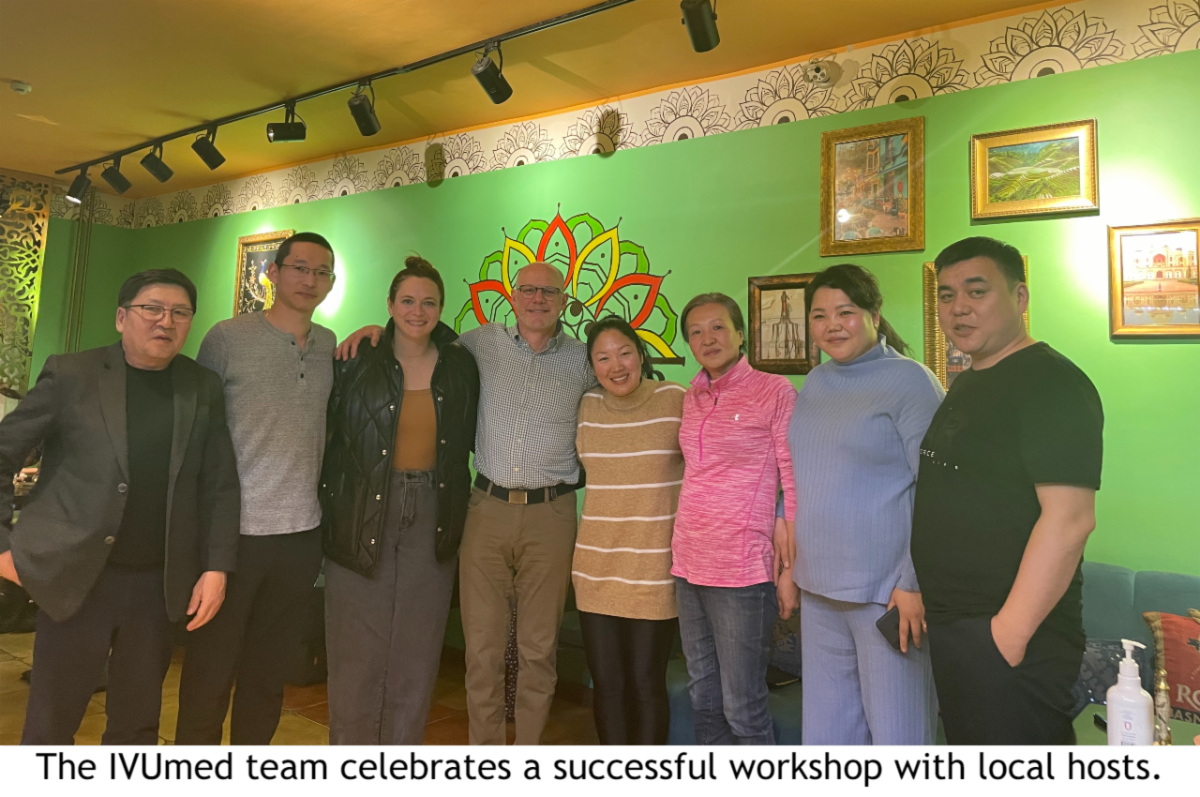 IVU began hosting teaching workshops in Mongolia in 2002 at the First Central Hospital of Mongolia in Ulaanbaatar. It is one of Mongolia’s biggest and busiest hospitals, with 13 departments and 544 beds. IVU’s primary contacts at this hospital are Professor Dagjorv Bayanundur and Dr. Myagmarsuren Purevsuren, both dedicated urologists. In recent years, Dr. Michael Metro of Temple Health has taken a leadership role, leading IVUmed teams to Mongolia and ensuring the success of our urology workshops onsite.

Our Impact in Mongolia

The following graphic shows our impact as of 2021. Since then, we’ve held four Virtual Visiting Professor Lectures and our team recently returned from Mongolia, so these numbers will continue to grow! 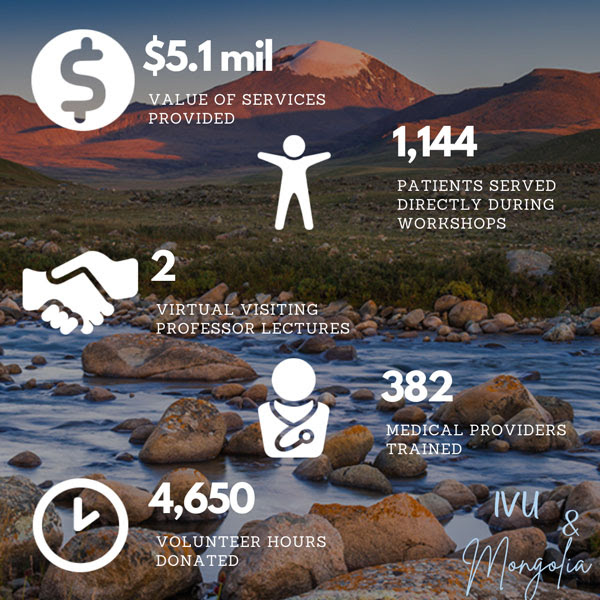 Getting to Know Mongolia, Land of the Eternal Blue Sky

One of the perks of being an IVUmed volunteer is the opportunity to immerse yourself in Mongolia’s culture and build lasting friendships. Many volunteers spend a few extra days to explore and travel. Here are a few interesting facts about Mongolia.