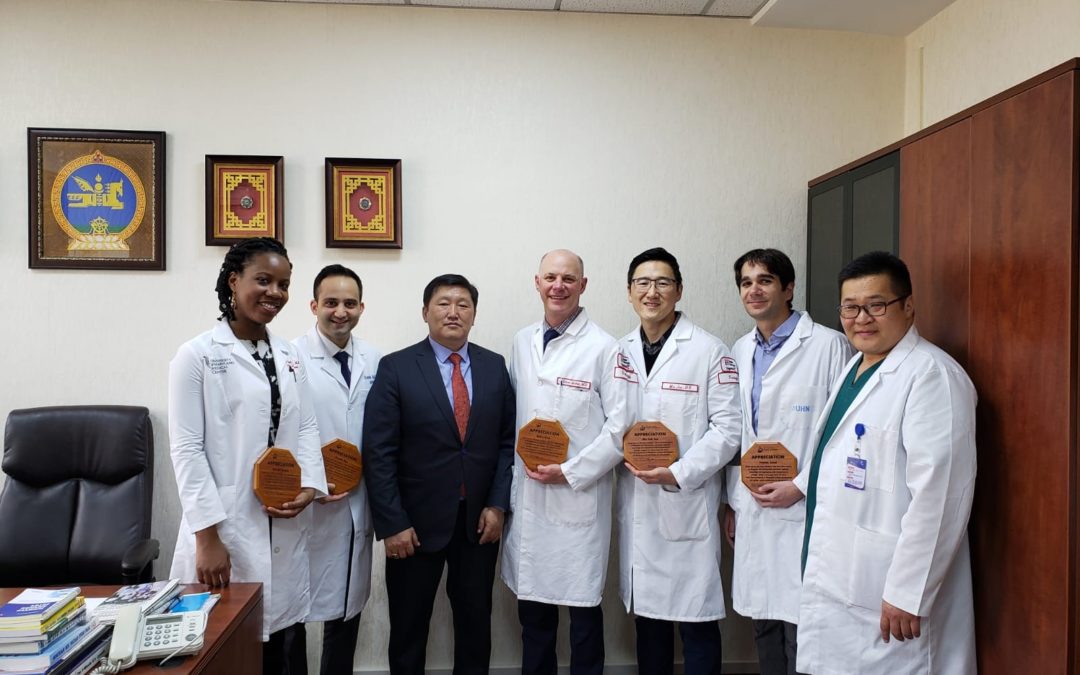 Thanks to the generous support of the Northeast Section of the American Urological Association, Dr. Tristan Juvet had a wonderful experience in Ulaanbaatar, Mongolia at State Central Hospital #1.

“On Sunday, April 21 we arrived at approximately 1:00 AM at the hotel. One of the physicians from the hospital was gracious enough to wait for us, as our flight was delayed. Dr. Metro and his team arrived later in the day, as they had been delayed more than expected. The initial plan had been to conduct clinic with Dr. Metro to decide on the cases for that week.  Instead a short clinic was held by the Mongolian physicians to select the cases for Monday. In the evening, Dr. Metro and his team arrived, and we were taken out for dinner.

“Monday, April 22: Breakfast at 7 AM, arrival at hospital. Debrief on first patients of the day. All regular surgery had been cancelled for the week to make room for the IVUmed team cases. We had two rooms running this day and were able to complete four urethroplasties (one non-transected, one end-to- end transected, one ventral onlay with buccal, one augmented buccal. In addition, two stents were also performed as well as one PCNL performed by the Mongolian physicians.

“Tuesday, April 23: Rounds in the morning, all patients doing well and recovering. This was a longer day with a total of six urethroplasties performed. Every day, our anesthesiologists were very efficient and the patients were asleep by 8:30 AM. Six urethroplasties were performed on this day including a hypospadias with first stage buccal graft to the penis for possible second stage procedure one year from now. Finished operating around 6:00 PM.

“Wednesday, April 24: Rounds were performed in the morning and again all patients were doing very well with no concerns. Total of six cases were performed on this day (all urethroplasties), including two additional hypospadias first stage buccal grafts and a posterior urethroplasty. We finished operating around 7:00 PM, and we were taken out for dinner by the Mongolian team.

“Thursday was our longest day with six cases again including two pediatric cases. A pediatric anesthesiologist came over from the children’s hospital, as did a resident from that site. The additional four cases were fairly complex posterior and this was our longest OR day, finishing around 9:00 PM. 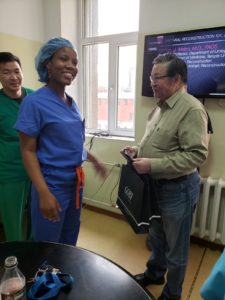 “On Friday, April 26 we performed two posterior urethroplasties in the morning and then in the afternoon we had a lecture by Dr. Metro. I then stayed a little bit longer to watch a few extra cases including a TURP, PCNL, Cystolitholapaxy and URS. In the evening we were taken out by the team for dinner again.

“On Saturday they were kind enough to organize a trip out into the countryside where we were able to do some sightseeing, go horseback riding, and visit one of the local national parks. In the evening we went out for dinner again, followed by karaoke with our flight leaving on Sunday morning.

“Overall my experience was extremely positive. The trip was very well organized and from the very start we knew which patients we were going to be operating on and the overall plan for the week, including all of the imaging already lined up for us. We were very well-received by the hospital staff and everyone worked their hardest to 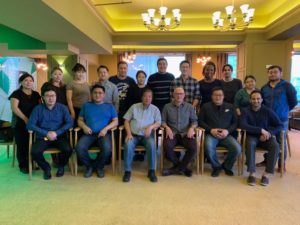 accommodate all the cases. The staff and nurses were also a pleasure to work with, in particular the scrub nurses, who worked extremely hard all week and really knew what they were doing. I thankfully had no issues with the flights or hotels and our hosts were gracious enough to give us a ride to and from the airport, as well as take some of their personal time on the weekend to show us around the countryside.

“I would definitely recommend this experience to my colleagues and was glad to share a few words about the trip to my staff during one of our most recent rounds. It has been a number of years since a University of Toronto resident has participated in this kind of trip and I hope to have spread some awareness and encouraged possible future trips among our staff and residents. 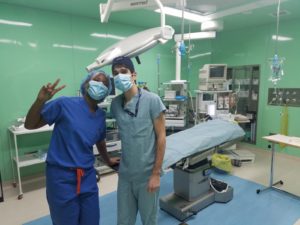 “Thank you again to the entire staff at IVUmed for the scholarship and for the excellent organization. I was very impressed with everything overall and again I look forward to being involved with IVUmed in the future.”