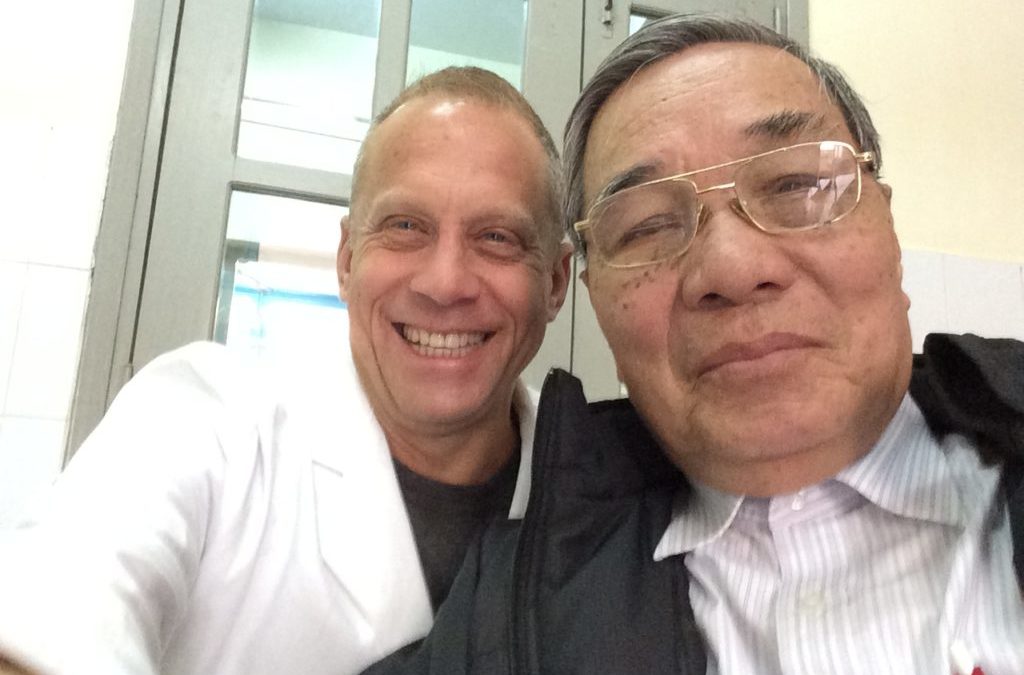 IVUmed collaborates with partners in more than 20 countries.
Vietnam stands out as one of the very first countries IVUmed established relationships
in.

The first IVUmed workshop in Vietnam was in Ho Chi Minh
City, Vietnam in 1994. Since then, IVUmed volunteers have led 29 workshops in
the country. While the first workshop in 1994 focused on pediatric urology,
IVUmed now leads workshops focused on an array of different sub-fields, such as
general urology, reconstructive urology, & endourology. Over the years,
IVUmed expanded its partnerships in Vietnam and now collaborates with providers
in Hue, San Pedro Sula, Nha Trang, & Danang, in addition to those in Ho Chi
Minh City.

Jennifer Heckman, MD travelled to Hue, Vietnam in March of
2016. Dr. Heckman noted that “the urologists in Hue are well-trained, and in
a city of about 350,000 people, there are 12-15 urologists who practice in
three hospitals and numerous clinics throughout the city. Training is
different from that in the United States, with medical school graduates paying
to participate in residency programs. Urology residency, like other
specialties, is three years in duration, and in early post-residency careers,
one sees young urologists practicing and operating alongside more senior
urologists.”

Given IVUmed’s long-standing partnerships in Vietnam, it
isn’t surprising that IVUmed volunteers have served more than 700 patients in
the country and provided more than $4 million in services. When IVUmed
volunteers first began working with Vietnamese pediatric surgeons in 1994,
there were fewer than 100 pediatric urology patients treated annually. Now,
IVUmed’s partners run their own training programs and treat more than 1000
patients annually.

IVUmed volunteer Steven Kahan, MD has enjoyed multiple
workshops in Vietnam. He comments that these workshops are “the purest form of
medicine.” Dr. Kahan shared, “this is the reason I went to medical school. This
was about working one on one with students, caring directly for patients and teaching
other doctors new techniques so that they can in turn treat patients on their
own when we leave.”

Tiffany Perkins, MD, who served as an IVUmed Resident
Scholar, commented on the educational aspect of the experience. She remarked, “We had
very interesting surgeries throughout the week including partial cystectomy for
urachal mass, partial penectomy for penile cancer, radical orchiectomy for
testicular mass, radical nephrectomy for renal mass, laparoscopic
varicocelectomy, laparoscopic seminal vesicle mass excision, and multiple stone
procedures including open pyelolithotomy as well as ureteroscopy. As a
resident, I was grateful to participate in their surgeries and learn from the
staff. I was very excited to perform my first open pyelolithotomy with Dr.
Hung, as this case is not commonly done in the United States. I was very
impressed with the resourcefulness and technical skills in the operating room.
The urologists in Hue were very meticulous with their dissections maintaining
very minimal blood loss and working through very small incisions.”

IVUmed workshops offer unique opportunities for growth, both for providers
in low-resource countries and for IVUmed volunteers. The goal of every IVUmed
workshop is to Teach One, Reach Many. However,
this transmission of knowledge goes both ways. While our volunteers depart with
the goal of teaching local providers how to perform specialized surgeries in
urology, they return home with broadened cultural awareness, surgical
capabilities, and, often, a greater sense of purpose.