Thanks to the outstanding support of the Southeastern Section of the AUA, Dr. Alan Chip Carnes had an excellent experience in Cap Haitien, Haiti where he and his mentor urologists, Dr. Joseph Costa and Dr. Joseph Babiarz, worked with local urologists on reconstructive urology and served patients in need.

Dr. Carnes relates his impressions of the experience:
“We arrived in Haiti on Saturday. Our team leaders consisted of two Urology attendings, Dr. Joseph Costa and Dr. Joseph Babiarz. Additionally, I attended as Urology resident and Dr. Sabine Nguyen attended as an internal medicine resident with interests in Urology. We had a great support staff with a veteran anesthesia team with many Haitian trips under their belt as well as a knowledgeable and enthusiastic perioperative nurse, Statia Smith. I had previously visited developing countries in Central America and the Caribbean with other trips whose purpose was providing aid of some sort, but this was a new and unique experience for me. 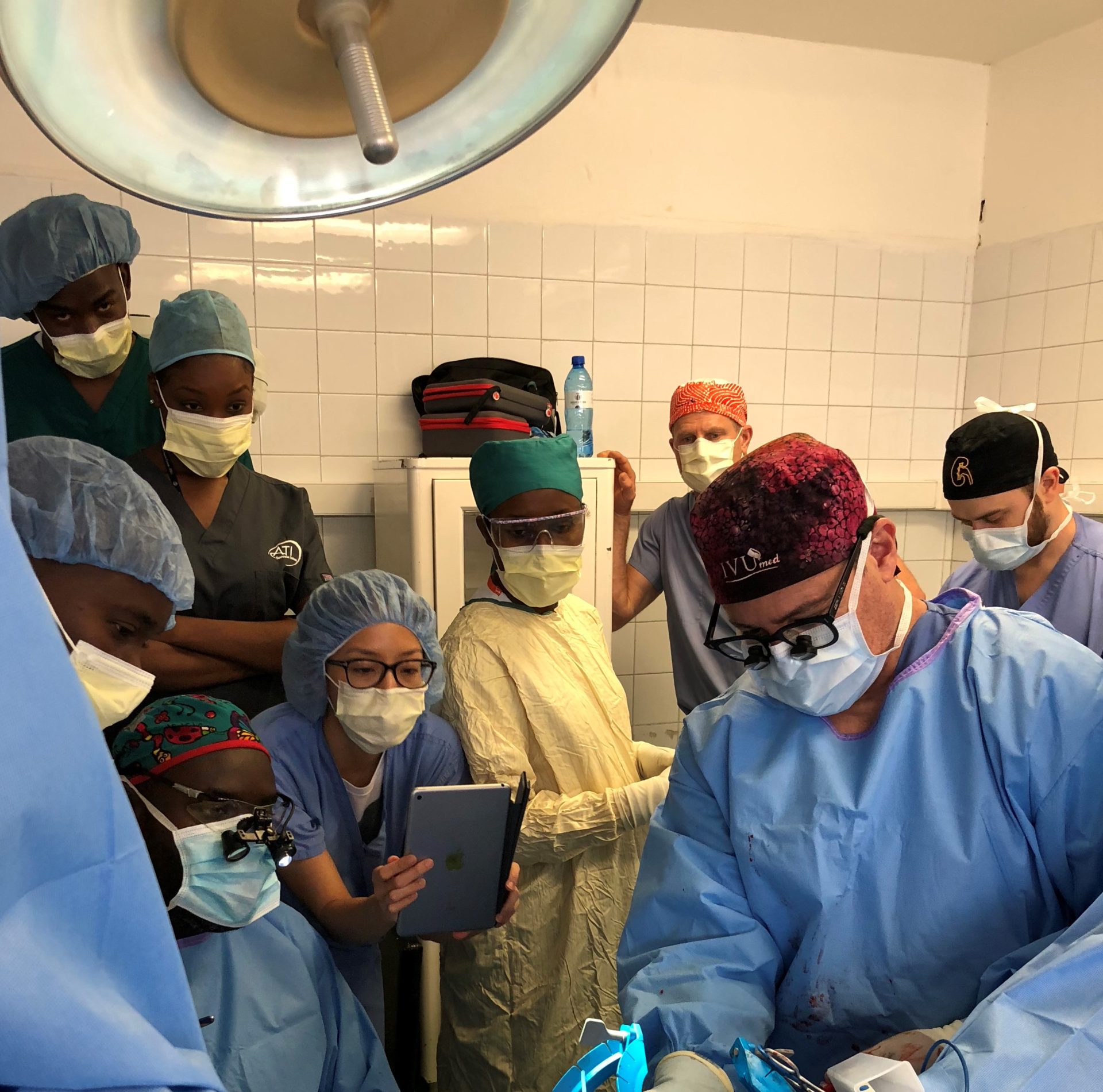 “Of course, the most rewarding and memorable experiences from the trip involved the Haitian attending Jori Desir and his several Urology residents who were eager to learn. It was Dr. Desir who initially picked us up from the airport and served as our introduction to the city of Cap Haitien. We hit the ground running with a tour of the hospital, urology facilities, the operating room, and some of the patients we would later be operating on. It was soon clear that the Haitian doctors were competent and greatly valued their patients. We saw how they made do with only one working operating room even though they were often boxed out by other services.

“The next day we began our work in earnest by meeting more patients and completing workups for specific problems. It was this day that I first learned what a “wet read” really was. Several of our patients were suffering with urethral stricture disease prompting us to obtain retrograde urethrograms. Dr. Nguyen and I helped an efficient X-ray staff operate an ancient X-ray machine and develop the films. We met several men who had been previously treated for BPH but now had developed urethral strictures. The Haitian Urology team had successfully diverted their urine with placement of suprapubic catheters, but they were unsure how to proceed. We also met two women in particular who had endured prolonged labor resulting in vesicovaginal fistulas. Each history was meticulously recorded by us and the Haitian team as we set the schedule for the week.

“Over the next four days we were able to repair two vesicovaginal fistulas and six urethral strictures, two of which required buccal mucosa grafts. These were complicated surgeries, but Drs. Costa and Babiarz always focused on the Haitian Urology team and making sure they were leading the operations. We quickly developed a routine that maximized learning for all participants. For each case we demonstrated to the Haitian team what supplies would be needed, many provided by us. Dr. Nguyen showed lower level residents how to operate a back table which allowed for greater speed and efficiency during cases. This all facilitated the American attendings teaching Dr. Desir and his upper level residents, who by the end of the week were able to perform an end-to-end anastomosis urethroplasty almost without assistance. On the other side of the drape, our veteran American anesthesia counterparts were teaching their Haitian anesthesia team as well. Furthermore, we were able to leave the Urologists with gifts we knew they would take care of and use well: a new flexible cystoscope and Bovie electrocautery machine.

“I greatly enjoyed my time in Haiti, and have already put in practice some of the things I learned there doing similar cases in the US. I am most thankful, however, for the chance to meet a great team, work with caring people, and have an opportunity for future work with IVU.”