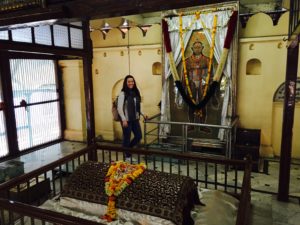 The generous support of the Northeastern Section of the AUA made possible Dr. Helen Levey’s IVUmed scholarship experience in Pune, India. During her time there, Dr. Levey was able to participate and learn techniques from mentor Sanjay Kulkarni, MD, a world-respected reconstructive urologist.

After returning from the workshop, Dr. Levey reported, “The Hospital is owned and run by Dr. Kulkarni himself. He is a very kind man, who loves to teach, has deep spiritual rooting, and feels it’s his calling to help others in the way he does. He is a fierce learner and isn’t too proud to say that he doesn’t know everything and sometimes may not be the best surgeon to fix a particular patient.

He owns the 13 bed hospital which is called the Kulkarni Endo Surgical Hospital where he operates with his wife, a well-known laparoscopic general surgeon in Pune, India in one of their two OR suites in his hospital. As of February, when I arrived, he had already performed 62 urethroplasties for the year, albeit being away for two weeks in January. People come from all over to see him. Many, travel days or weeks by hitchhiking or begging for rides or merely walking. He performs over 400 surgeries a year. Roughly 200 people will pay full price, 100 will pay a subsidized amount for what they can afford and the other 100 surgeries he performs free to those that have no means for paying. 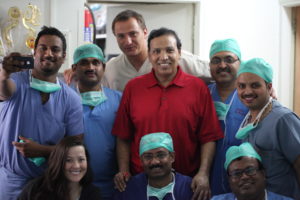 Compared to the 3 other hospitals I was able to visit and watch surgery performed, during my two weeks in India, Dr. Kulkarni’s Hospital is the most closely related to the US hospitals in terms of sound sterilization and sanitation as well as modern instruments and surgical technique. Over 75% of his patients are redos, redo-redos, or horrible pelvic fractures and things we almost never see in the US. The pathology of cases you see here is astounding and surreal. Dr. Kulkarin’s results are amazing. It’s as if he only had repaired a simple stricture, yet his pathology was many times worse and he still obtains sound improvements and repairs in his patient case load.”